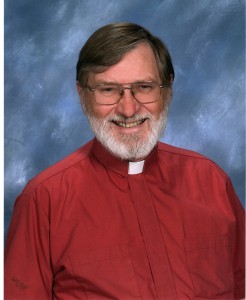 The Hightower Lowdown had an article this month that really hit home, because I was a part-time seminary and community college instructor for almost ten years. See Lessons from corporatized college: Even PhDs are being squeezed out of the middle class.

Every semester one had to hustle for courses from five different community colleges. One time Diablo Valley Community College interviewed me back in October for three courses (a  professor was retiring and they kept checking with me saying they were relying on me) that was for the Spring Semester and then a week before starting in January, they informed me that because I had once worked over 60% that the president had disqualified me. He was too frightened that they might be forced to make me a full-timer. That made it too late to get courses for that semester. That cost $9,000 while we were often living from our credit cards. Our balance at the time was $36,000! On top of that I had taken out $46,000 in student loans (we were a family of five) over the eight years of graduate school. When the banks capitalized the interest over the eight years that became $75,000 (when I include the Perkins Loans) and then the banks added $100,000 for the 30 years interest. After paying over $300 a month since 2002, my debt is still $166,000. Meanwhile I have mostly been unemployed the way many other PhDs are who have never received positions. We need solidarity among scholars!

I taught ten different courses. The first time a professor teaches a course, a great deal of preparation is required. The second and third times makes the course come into its own. Often after all that preparation, I only taught the course once and then had to start from scratch preparing another one. Imagine teaching the following courses: Ethics, Critical Thinking (Logic), Introduction to Philosophy, Philosophy of Religion, History of Philosophy I and II, Sociology of Religion, Ethical Inquiry into Contemporary Societal Issues (the capstone course for Los Medanos), the Honors Course in Comparative Religions, and Western Civilizations, Part Two (the latter in Philadelphia). Often I would have to work writing lectures, preparing exams, and grading papers until 2:00 in the morning and then have an 8:00am class 46 miles away in Pittsburg, CA. I often got traffic tickets because I was dead tired and the police wondered why I became so upset.  I had to appear in court and not my employers. For a while there I became quite desperate.

In our community colleges, when the state really supported education and rampant cuts did not occur, full time instructors were 80% while the part-timers were 20% of the teaching staff. Now it’s 80% part-timers and 20% full timers.

When you read Hightower’s article you will see how my experience illustrates the plight of many adjunct professors. We were simply called part-timers here in the Bay Area.

That’s why we opened a website called Scholardarity. We need solidarity among scholars, because they play off the full-timers against the part-timers so the instructors become divided and get turned into cheap labor after the most expensive graduate school education ever.