On the Necessity of Liberty: Part 1

On the Necessity of Liberty

A Defense of Compatibilism 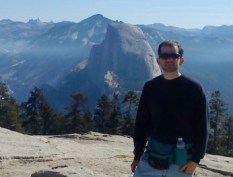 What follows is an edited version of an essay I wrote back in 2002. I am now much less sure of the truth of determinism, realize that these issues are much more complex than I understood back then, and regret the essay’s incautious tone. However, I still remain convinced that determinism, if true, is compatible with free will. I also think that, in spite of its flaws, the essay is still a good one, at least in the sense of being one that may be thought-provoking for those who are new to the debate. – Jason Zarri May 30, 2014

As regards the issue of human freedom, there are two basic philosophical positions. On the one side are determinists, who believe that every even has a cause, or at least conforms to the laws of nature, including human action. On the other side are libertarians (not in the political sense), who believe instead that human decisions arise from a causeless volition, or else that the will is the primum mobile immobilis (prime mover [itself] immovable) of its own action. In any case, there could not be a true explanation of the choice, which would show why the will tended one way rather than another, for it would not have a sufficient cause; although presumably one could still have a reason for acting as one did in, the sense that there is something that one wanted to achieve by acting as one did.

Many determinists have held that no satisfactory notion of free will has ever been developed, or that it is actually unintelligible, or that it contradicts science, our conception of nature, or even the very experience of decision-making which is sometimes offered as evidence of its existence. On the flipside, many libertarians allege that determinism, if true, would (1) render choice a sham, (2) rob us of our character by making it to be not truly our own, or (3) eliminate our responsibility for our actions and thus corrupt our sense of morality. In this essay it is my concern to respond to these allegations.

First, I respond that determinism has no such consequence; if anything, it is the truth of the libertarian view of free will that would make a mockery of human choice. I see the primary issue here as one of options. We tend to think that, because the options other than the one we chose were not chooseable under the circumstances, that they were, in effect, never really there at all; that they were not “open to us.”

I think this a mistake. We in effect reason like this: “If, given the circumstances, I had to choose as I did, then the other options may as well not have been there, because (it seems) if my choice was necessary, then I chose what I did irrespective of the alternatives.” This is certainly not the case, for whatever set of options we may be given, which option we choose depends upon all of the options present. The key thing to remember is that we choose what we do given the situation. If the options were different, then it is likely that our choice would have been different, because the process of deliberation would not have been the same. We must bear in mind that we reach a decision by comparing the various merits and demerits of the alternatives against each other. What makes us shrink from admitting our choices to be caused is not their necessity, but rather the fear that we were predetermined to choose one option irrespective of the others, either by fate or fiat of the divine will. Accordingly, I think an option is ‘open’ to us, first, if we are aware of it and it is thus present to us for our consideration; and, second, if we are mentally capable of making an uncoerced judgment about its preferability to the other options present.

Secondly, I maintain that, contra libertarians, the supposition of a causeless volition does not make our choice between our options any more free than it would be if determinism is true. In fact, it makes them less so. Libertarians say, in effect, that the selection of a course of action is determined neither by anything in that option itself nor by anything in its relation to the other options. For my part, I do not see how a choice could be called free if it is based on something other than the perceived merit in the thing chosen. To illustrate why I think so, imagine the floor of some parliament that runs a country. The members are debating a bill, informing each other of what they believe to be its various benefits and deficiencies. Just as they are nearing a decision, there is a loud crash. The windows have been broken, and the room is swarmed by a small militia, which forces the members to vote at gunpoint, causing the bill to be defeated, whereas it otherwise would have passed. Should this be called a free decision? If one believes that a causeless volition (the militia, in this example) is a better arbitrator of choice than a judgment determined by a consideration of the options, then I sincerely believe that that is—metaphorically of course—the sort of thing that one is buying into.

Furthermore, I question the cogency of saying that “I could have done otherwise” in a situation where I have made a causeless decision. In such a case, how would that differ from saying “My spontaneous causeless volition would have been different if my spontaneous causeless volition had in fact been different” ? Where is ‘freedom’ supposed to enter the scene? Even though the volition is causeless, once it is given, the choice is just as necessary as it is in my account. The only difference is that in my account the choice is necessitated by the options themselves, as considered by us, whereas on this account the choice is necessitated by a volition that wells up by chance.

Posted in Blog, Philosophy, Philosophy of Mind and tagged as Compatibilism, Free Will, libertarianism, Liberty, necessity
« Previous Next »
loading comments...