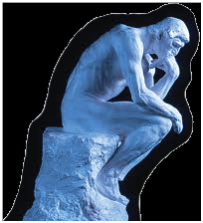 There are two topics to choose from:

(1) What role should the government play in a society and what is the proper relation of the government and economy in order to best serve the common good? Would new approaches to the discipline of economics— for example, the evolutionary or complexity economics of Eric Beinhocker or other approaches, e.g., the social economics of Anghel Rugina, contribute to the well-being of society?

(2) What is the proper relationship between government and religion in a democracy? What are the effects, positive and/or negative, of government on religion, of religion on government, or of both on society as a whole? Essays may include the pros and cons of the separation of church and state, governmental restrictions on certain religious practices, as well as restrictions placed on a religion, such as wanting to impose its will on the whole society.

There will be two rounds: In Round 1, contestants will submit a proposal of about 500 words in which they give an outline for a paper on their selected topic. From these proposals, twenty will be selected as finalists to enter Round 2. The finalists will write a paper based on their proposal, of about 2,000 words in length. All twenty of the finalists’ essays will be published on Scholardarity.

Be in Times New Roman Typeface,

To enter the contest, use the pay-pal button below, and send your proposal to

jlzarri@scholardarity.com , along with your name, address, and any other relevant contact information.

We look forward to hearing from you!